George Washington died on December 14, 1799.  On January 12, 1800, Hamilton wrote to Martha Washington to express his condolences: 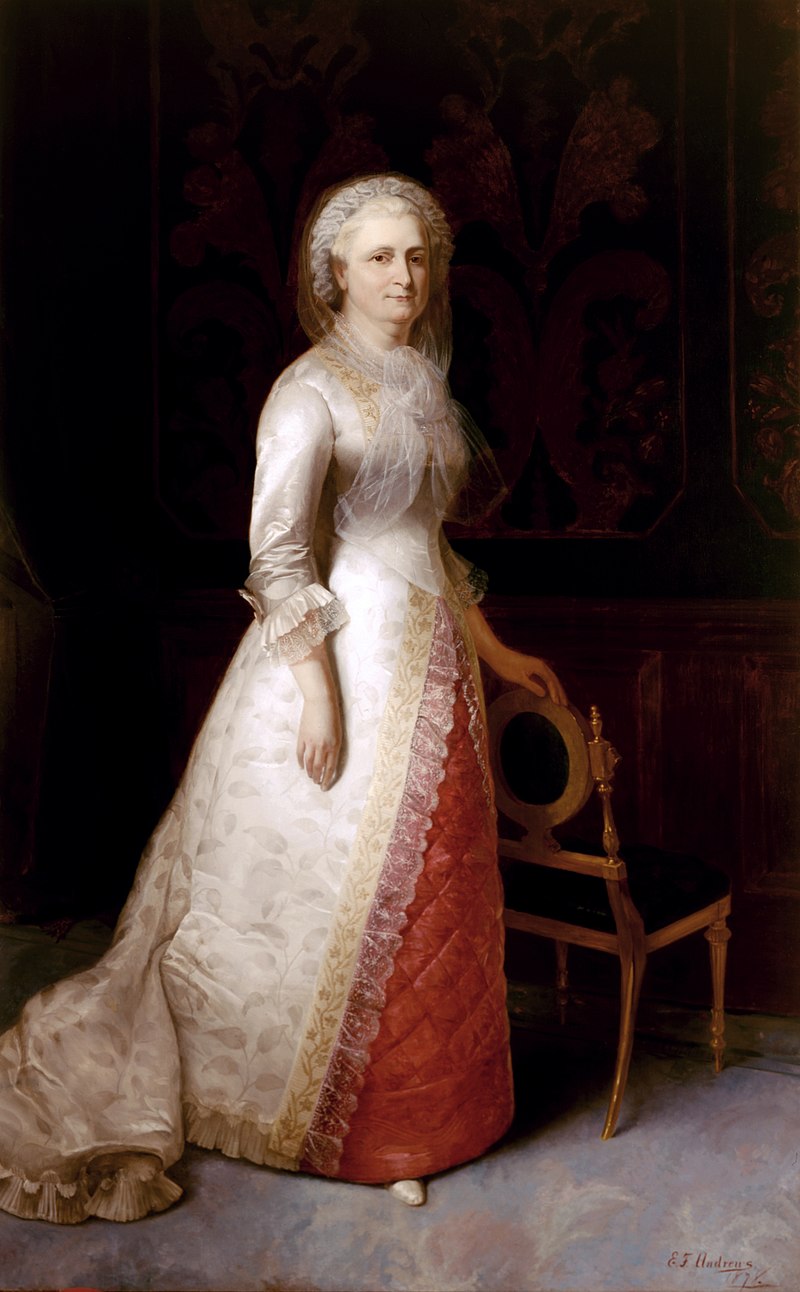 He first noted that he had waited to write in order to give her some privacy with her grief:

“I did not thing it proper, Madam, to intrude amidst the first effusions of your grief.”

He then said that after two weeks had passed, he needed to convey his sympathy:

But I can no longer restrain my sensibility from conveying to you an imperfect expression of my affectionate sympathy in the sorrows you experience.

Hamilton wrote that he would not offer consolation to Mrs. Washington because only her acceptance of the will of Heaven could help alleviate her suffering.

No one, better than myself, knows the greatness of your loss, or how much your excellent heart is formed to feel it in all its extent. Satisfied that you cannot receive consolation, I will attempt to offer none. Resignation to the will of Heaven, which the practice of your life ensures, can alone alleviate the sufferings of so heart-rending an affliction.

Hamilton mentioned his close relationship with Washington, which made him feel the loss of his commander and mentor so strongly.  He spoke of how Washington’s confidence in him had been integral in developing his own future.

There can be few, who equally with me participate in the loss you deplore. In expressing this sentiment, I may without impropriety allude to the numerous and distinguished marks of confidence and friendship, of which you have yourself been a Witness; but I cannot say in how many ways the continuance of that confidence and friendship was necessary to me in future relations.

Hamilton talked about Washington’s death as a “calamity” for the mourning nation, and ruminated that having a closer relationship to Washington and therefore being more effected was perhaps “even a privilege:”

Vain, however, are regrets. From a calamity, which is common to a mourning nation, who can expect to be exempt? Perhaps it is even a privilege to have a claim to a larger portion of it than others.

In closing his letter, Hamilton asked Mrs. Washington to call  upon him if he ever needed anything, stating that it would be a “real and a great happiness” for him to serve her:

I will only add, Madam, that I shall deem it a real and a great happiness, if any future occurrence shall enable me to give you proof of that respectful and cordial attachment with which I have the honor to be

Martha Washington died about two and a half years after her husband, and was interred with him at Mount Vernon.