The Alexander Hamilton Awareness Society is sponsoring an action-packed series of events in New York City and Northern New Jersey from July 11-14.  If you are in the area, make sure you catch some great events, including author talks, guided tours, and special exhibits with Hamilton artifacts.  I will be visiting New York and attending several of the events. 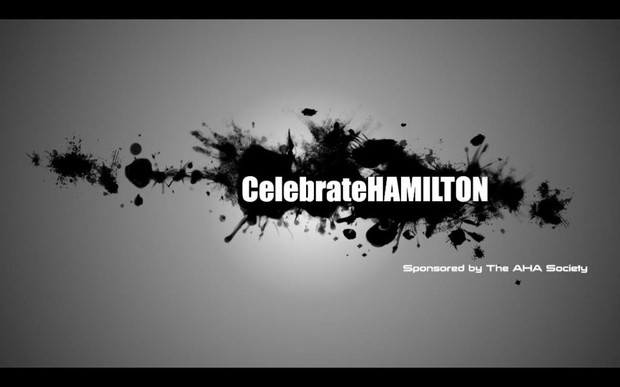 Here are a few highlight events:

July 11, 5:30-7 pm:  Hamilton vs. Jefferson Debate at the Museum of American Finance

National Hamilton Scholar Dr. William G. Chrystal will become Alexander Hamilton for the evening to both entertain and educate attendees in a “debate” with Thomas Jefferson. After the presentation, a Q&A session will be held, followed by a reception.  Register here for this free event.

AHA Society Founder Rand Scholet will be giving his presentation on “America’s Indispensable Founder.” Other activities planned for the day include house tours and a reenactment reading of the final letters exchanged between Burr and Hamilton.

For a full listing of the AHA Society’s July events, see the full event flyer here!  I will be in New York attending the events and hope to see a great turnout!

The National Archives has released the beta version of The Founders Online.  This site provides the public with open access to the correspondence and other writings of six major Founders: Hamilton, Wasington, Franklin, Adams, Jefferson, and Madison.  The collection includes over 6,000 Alexander Hamilton documents and will be an important resource for anyone interested in the Founding period.  Although some of the material has already been digitized, this is the first time that they are all available in one place and accessible to the public at no charge.

The Founders Online project was originally proposed to Congress in April 2008 by Allen Weinstein, the Archivist of the United States, as a response to Public Law 110-161- Division D- Financial Services and General Government and Appropriations Acts, 2008, Title V, which stated:

The Appropriations Committees are concerned about the lengthy amount of time currently required to complete the publication of the Founding Fathers historical papers projects.  These projects began in the 1960s and are expected to continue two or more decades until completion. Mindful of the technologies and tools currently available, the Committees believe the Archivist should accelerate the process for delivering the papers of the Founding Fathers to the American people. Therefore, the Archivist is directed, as Chairman of the NHPRC, to develop a comprehensive plan for the online electronic publication, within a reasonable timeframe, of the papers of the Founding Fathers and to submit this plan to the Committees on Appropriations no later than 90 days after the enactment of this Act.

Weinstein’s report to the Appropriations Committee laid out the initial plan to provide open, free access to the fully annotated Founding Era papers.  In the report, Weinstein stated:

The plan discussed here would, over several years, help accelerate digitization and online access to 1) copies of all the available original source documents, 2) transcriptions of those documents as they become available, and 3) the existing print volumes that contain annotated and edited transcripts of the documents. In addition, as further volumes are completed, these authoritative editions would then replace the raw transcriptions. This collection would be a kind of work-in-progress that students, scholars, and the general public could use through the Internet.

The Hamilton papers included in the Founders Online are the Papers of Alexander Hamilton published by Harold C. Styrett as part of a Columbia University project that lasted from 1955-1987.

The Founders Online has plans to keep expanding the papers available to the public.  The website states:

In its initial phase, Founders Online contains nearly 120,000 fully searchable documents. Soon we will be adding more documents drawn from the print editions and additional transcriptions of documents. As work continues on each of the ongoing publishing projects, newly annotated and edited records will be added. When it is complete, Founders Online will include approximately 175,000 documents in this living monument to America’s Founding Era.