Old New York Spirits has just introduced Alexander Hamilton Vodka, which it bills as “a spirit pure and rare.”  The vodka is distilled from potatoes and is handcrafted in New York.

Designer Steven Bonner was brought in to design the bottle and packaging and states on his website that:

“I worked directly with the client to reflect its American heritage and took inspiration from a range of sources, not least Alexander Hamilton’s life and times as well as more stylised elements like some of the gravestones surrounding Hamilton’s resting place. A mix of classic and modern, the bottle is designed to appeal to a fashionable consumer who respects tradition and craft in a premium product.”

The brand has Twitter and Instagram accounts, and tweeted this announcement picture in July 2013.  If any one has tried this or seen it in stores, let me know! 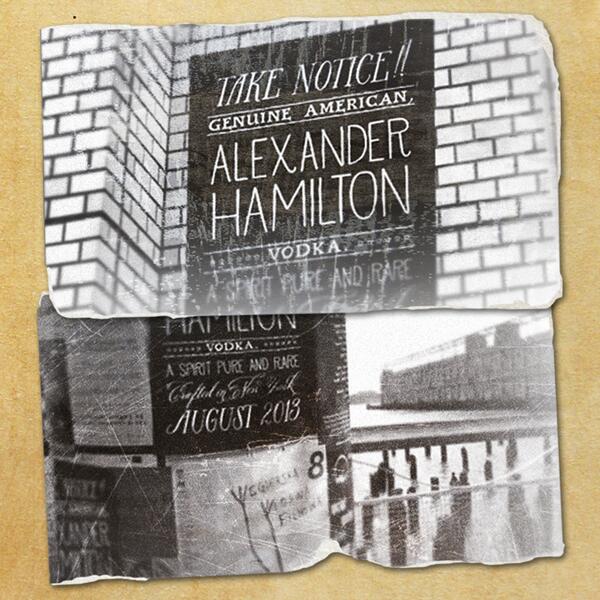